What Are Floor Joists

What is a floor joist? 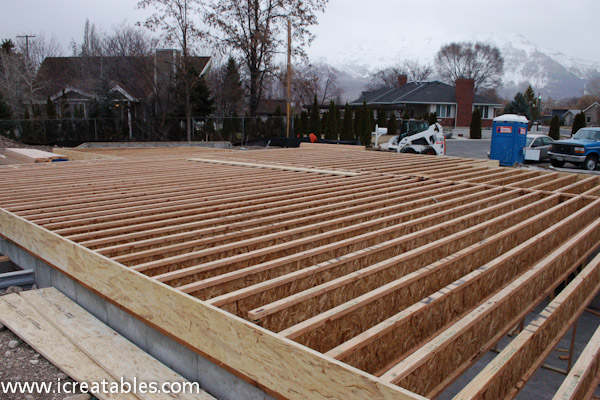 Floor joists are used to support a floor that spans over an open area, like over a basement, crawl space or lower floor level or between shed floor beams. It is like a mini bridge that is only supported at each end. When many joists are installed next to each other and a sub-floor sheeting like plywood or Oriented Strand Board, (OSB), is nailed on top they create a large floor area called a "floor system".

They are used mostly for residential and light commercial construction like small offices. They are fairly inexpensive, between $1.00 to $2.00 per lineal foot, for the benefit they provide. This article answers the questions of What Are Floor Joists and What Is A Floor Joist by by describing their uses, how they are made and the types of applications they are used for.

In this article, you will find information about:

The two most common types of floor joists are natural lumber like a 2x10 and manufactured like a "I" joist. These are the characteristics of each type: 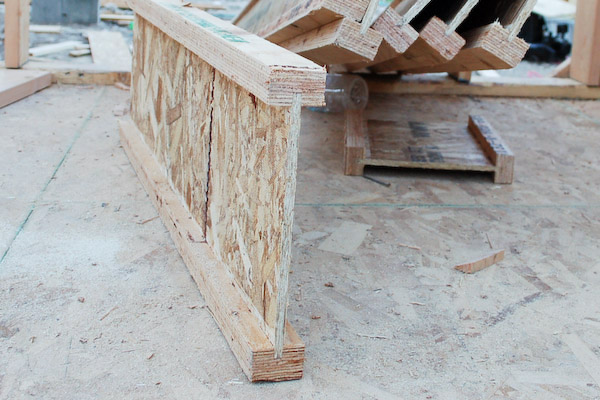 step 2 How Far They Can Span

The distance between the supports is called the "joist span". They can span from a few feet to over 20 feet. The span is determined by several factors: 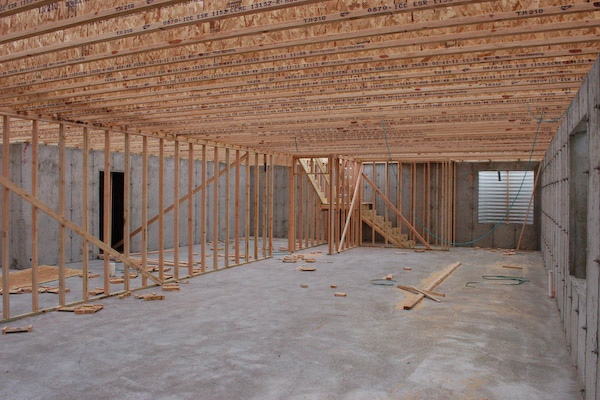 step 3 How They Bear Weight At The Ends

Since floor joists run perpendicular to the bearing walls they must be supported at each end. The typical requirement for bearing is at least the width of the joist. There are several ways for a joist to be supported at its ends.

Bearing on a Sole Plate: A sole plate is a piece of wood attached to a concrete foundation. The joist simply sits on the wood plate. It is attached to the plate with nails. There is specific engineering that determines the amount and size of nails to be used at the ends. 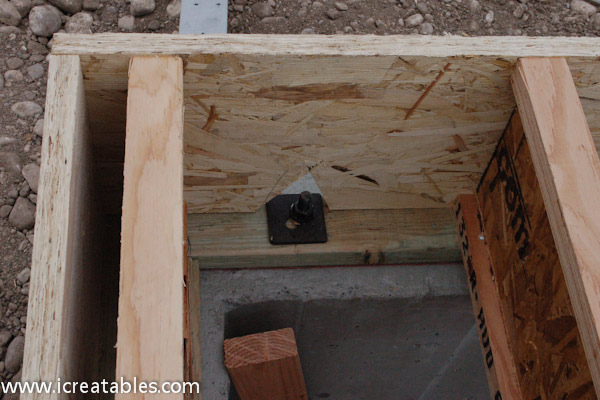 Bearing on a center wall: When joists span great distances between two foundation walls they are supported in the center on a "bearing wall". 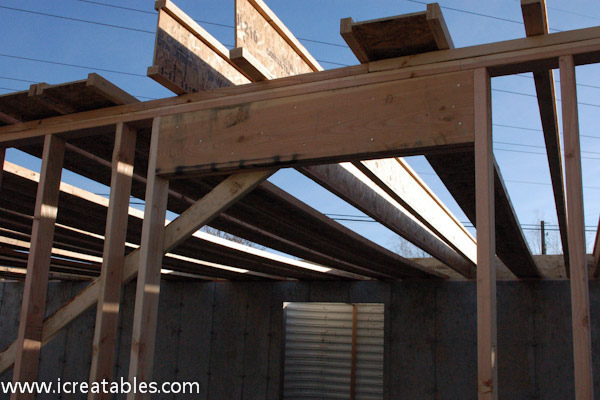 Bearing on a joist hanger: These hangers are simple metal straps that hold the ends. They are commonly used when attaching a joist to a beam, like over a doorway in a basement or to keep a room open. The engineering calculations that come with the hanger will determine the size and quantity of the nails used to attach a hanger to a beam. 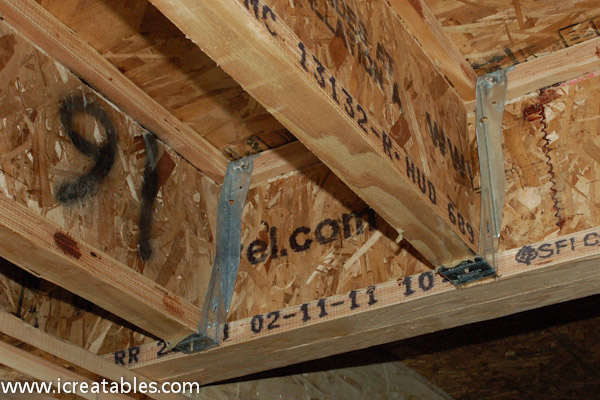 A framed floor system consists of:

Mechanical equipment is often installed in the cavities between the joists. This keeps the ceiling below the floor joists higher. There is engineering that tells how much of the webbing between the top and bottom may be cut away and still retain its strength. Most often it is not allowed to cut away parts of the joist near the ends of the joist but it is ok to cut away some material in the center of the span. 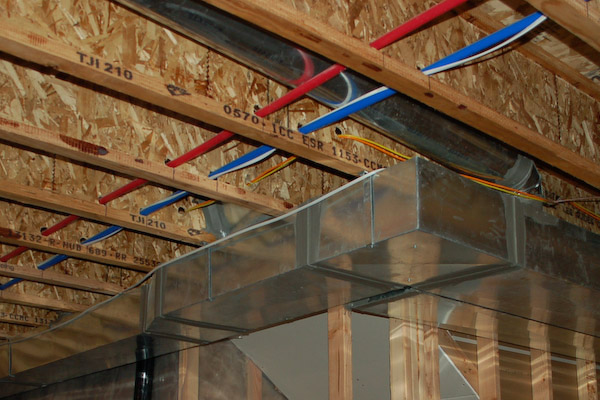 Cantiliever: The cantiliever is created by running the floor joist past the sole plate. It creates a situation where the joist is not bearing at its end. 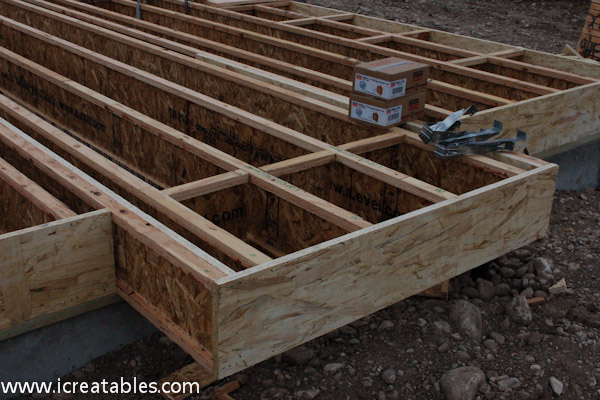